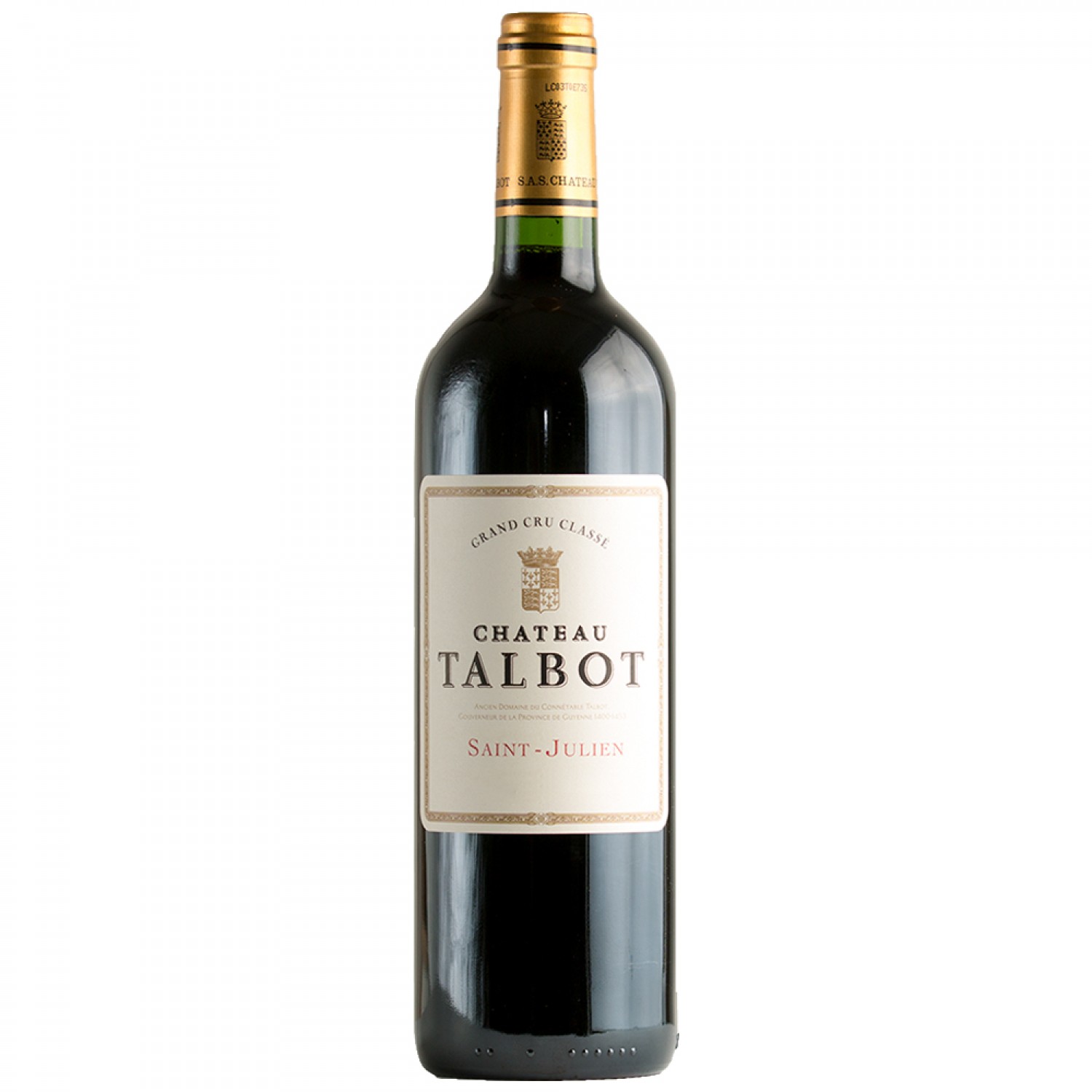 Chateau Talbot is a Grand Cru in the Medoz region, owns 107 hectares of vineyards in the village of Saint-Julien. Chateau Talbot is named after the famous British general John Talbot. From 1404, he moved to various parts of France and made numerous military exploits. He was then transferred to Guyenne in southwest France as governor, which is the generation near Bordeaux today, and finally lost to Joan of Arc in 1453, which also announced the end of the Hundred Years War. In the 19th century, Chateau Talbot was managed by the Marquis d’Aux family, and the estate was recognized for its excellent wines and a strong reputation, and was classified as a fourth growth in 1855. Subsequently, the wine dealer Désiré Cordier acquired Chateau Talbot in 1918. Under Désiré Cordier's careful care, Chateau Talbot became more and more famous and became one of the famous wineries in Bordeaux. After Désiré Cordier passed away, his descendants continued to run Chateau Talbot, adhering to the usual professional attitude, making the best check for each wine.
At the insistence of owner Nancy Bignon-Cordier, winemaker Jacques Boissenot and consultant Stéphane Derenoncourt, the winery's rigor in vineyard management is arguably one of the most impeccable in the Medoz region.   Chateau Talbot produces wines with an admittedly plump physique without lacking in elegance. Harmonious on the palate with supple tannins, this wine can be enjoyed at a young age. After prolonged aging in the cellar, delicate aromas of cedar and Havana cigars develop.
=======================
Chateau Talbot 2013
The 2013 vintage reveals an aromatic brilliance and character on the palate. The nose goes between blackberry, licorice and blueberry, enhanced by notes of cedar and cigar box coming from the noble aging process in French oak barrels. The palate is candid and dynamic, with a fine grain tannins and an energetic finish.