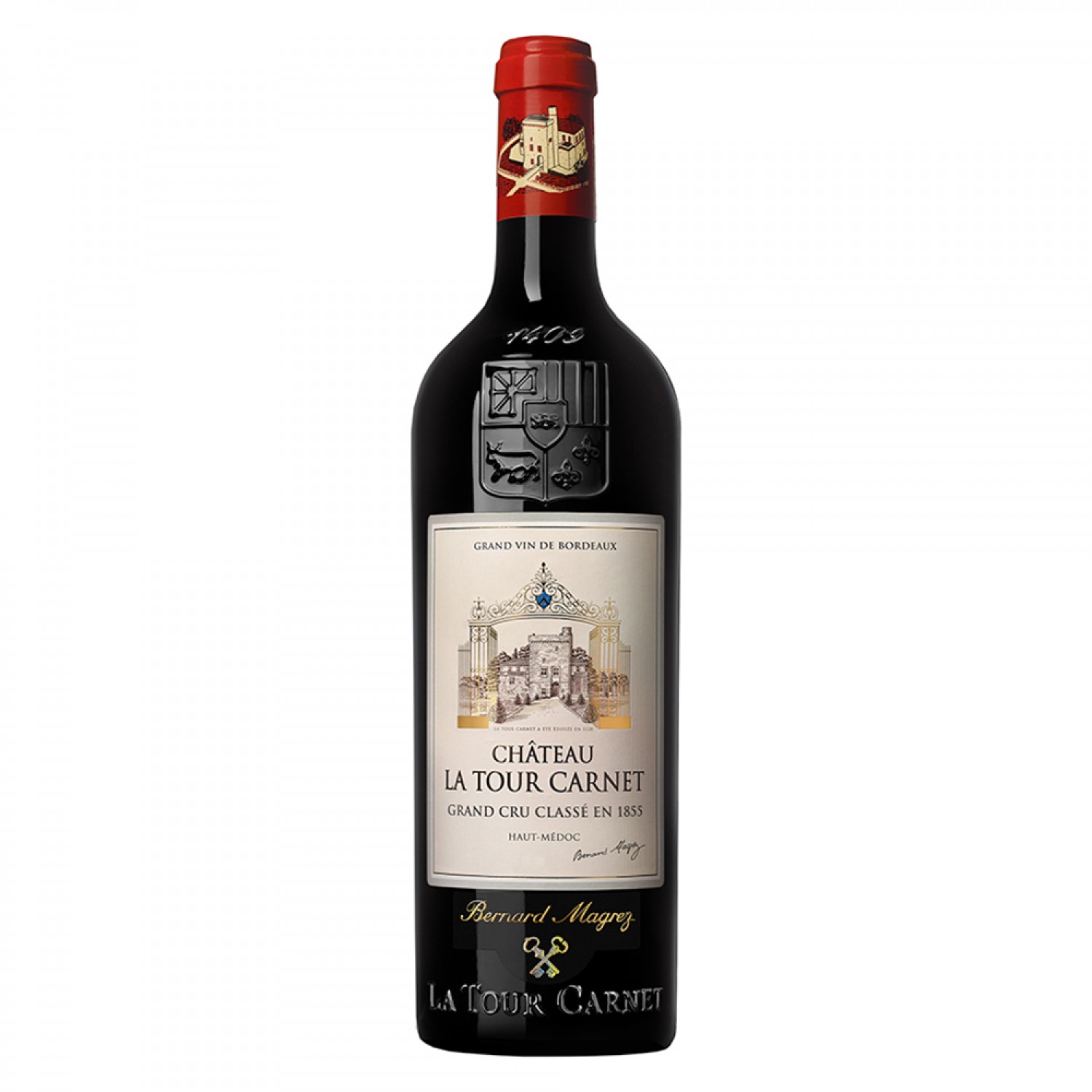 Château Latour Carnet is one of the oldest wineries in the Medoc area of ​​Bordeaux. The winery building was built in the 11th century and has a medieval style castle building. The castle is surrounded by a moat and the surrounding vineyards were in 1407 Begin to grow grapes. The winery has changed owners many times and has gone through a beautiful history, it was rated as a fourth-growth winery in 1855.

The winery has experienced decline. Fortunately, in 1999, Bernard Magrez bought La Tour Carnet who also the owner of Chateau Pape-Clement. He spent a lot of time and energy to innovate the cultivation of the vineyard area, and also updated many facilities. Cut branches and leaves and grape clusters to reduce production, so that the grapes can be fuller and achieve higher and relatively stable quality.

Bernard Magrez is considered by Robert Parker, Decantery magazine and many wine critics to be one of the most promising and influential wine producers in Bordeaux.

Chateau Latour has more than 70 hectares of vineyards, mainly gravel structure, the bottom layer is clay with lime layer and glacial sediments, mostly planted by Merlot, followed by Cabernet Sauvignon, with an average age of about 30 years old. The vineyards are all harvested by hand, and the fruit is picked twice before it goes into winemaking. It is fermented in large wooden barrels and a few cement tanks, and finally placed in the barrels for about 16 months, of which 30% are new barrels.

The winemaking consultant for this wine is the famous flying winemaker, Michel Rolland, which is brewed by 62% Merlot, 35% Cabernet Sauvignon, 2% Petit Verdot, 1% Cabernet Franc, and aged in 30% new barrels for 16 months. The wine has a deep ruby ​​color, a strong and rich blackcurrant, plum and other black ripe fruit aromas, and at the same time reveals cinnamon and burnt wood flavors. The taste is delicate but the flavor is concentrated, and the wine is full-bodied. It is suitable for enjoying with game, roast chicken and other types of food. The drinking period is from 2020 to 2040.