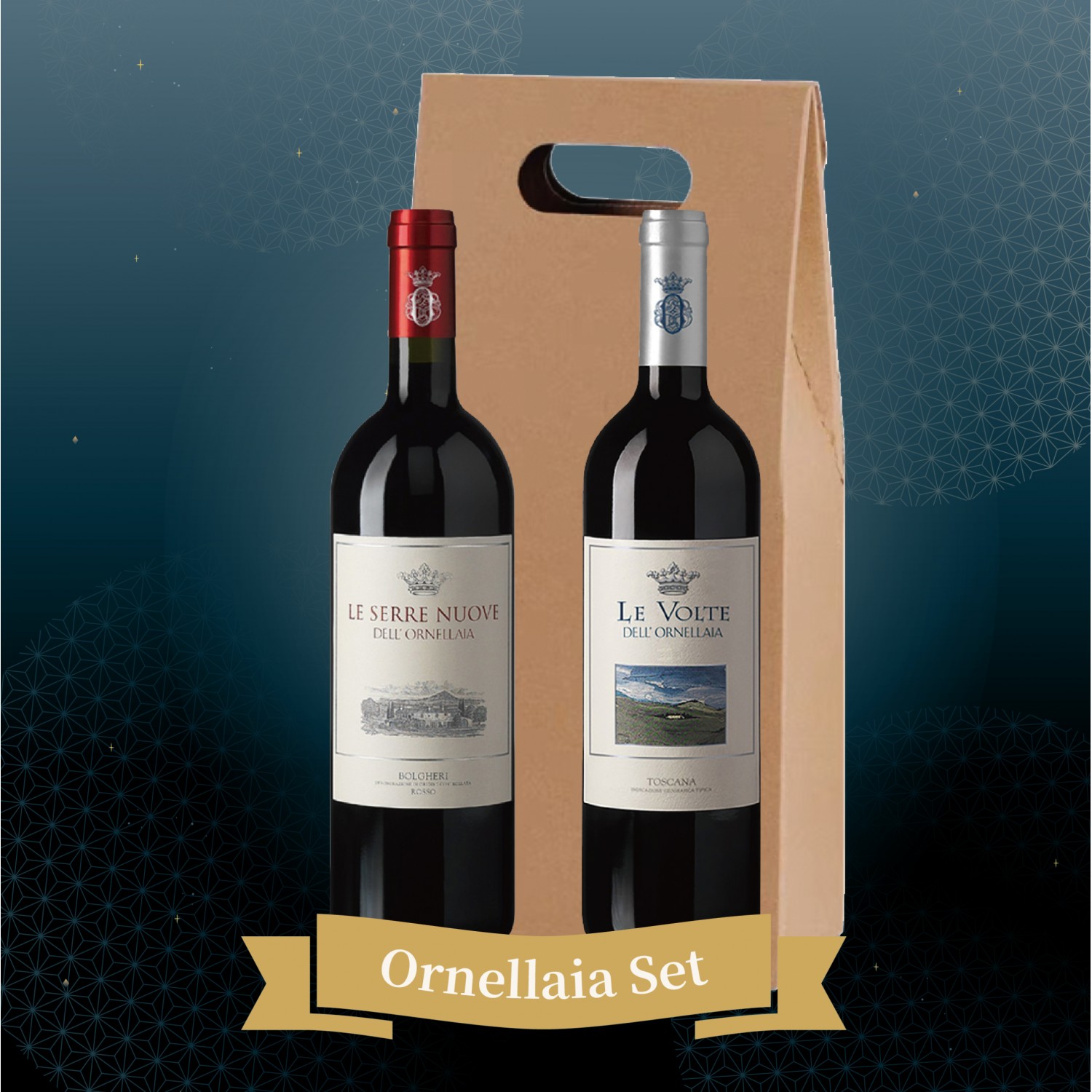 Ornellaia is one of the foremost producers in the Bolgheri appellation on the coast of Tuscany. It is particularly known for making one of Italy's most famous and expensive wines, which shares the same name.

Made with the same passion and attention to detail as Ornellaia, Le Serre Nuove dell’Ornellaia is a true "second vin". A blend of Merlot, Cabernet Sauvignon, Cabernet Franc & Petit Verdot, it combines approachability and a depth of flavour with proven ageing potential.
The 2014 vintage will go down in history as one of the most unusual in the memory of Ornellaia. A warm and rainy winter was followed by a mild and dry spring which allowed for a normal vegetative growth with timely and regular blooms. After a July that was fairly average but a cold and rainy August created very difficult conditions for the ripening of the grapes; it also greatly increasing the threat of disease. Meticulous stripping in the vineyard and treatments during the entire month of August enabled us to maintain the good health of our vines, allowing them to develop free of disease during September and October. These two months brought perfect conditions with mostly sunny and dry weather, offering excellent conditions for ripening, particularly for Merlot. The harvest will go down in history as one of the latest, starting on 6 September with the Merlot from young vines, and ending on 22 October with the last Cabernet Sauvignons.
Robert Parker (90)
James Suckling (91)
Antonio Galloni (92)
=================================

The balanced season with a warm and sunny summer, but with a cool, dry weather during the harvest produced wines that perfectly denote the seasonal trend. Rarely do we find a perfect balance between the various components of the wine, from the deep ruby colour, to the crisp and fresh fruity hints with an ideally meaty texture, supported by silky, smooth tannins, devoid of any harsh edge.