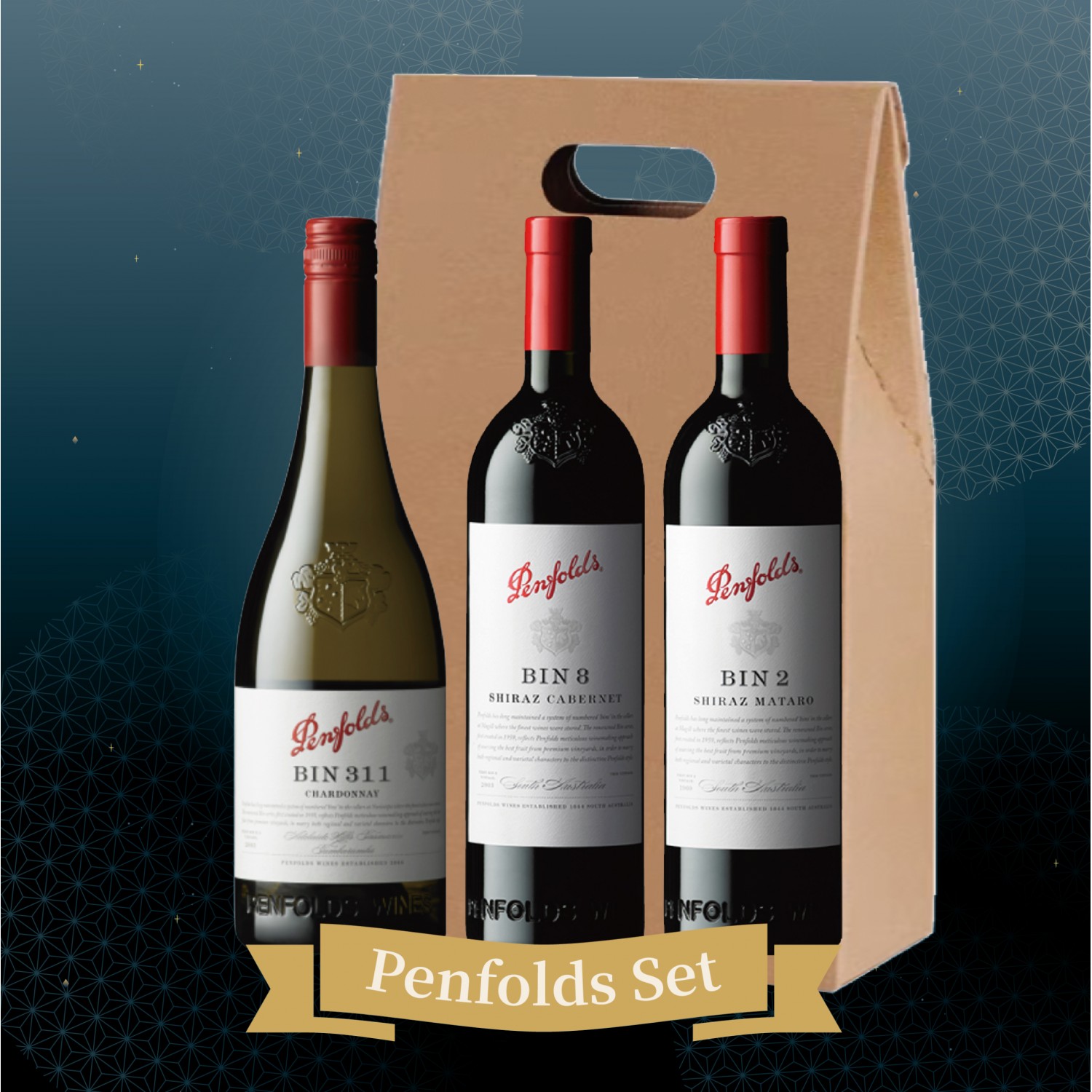 Bin 311 Chardonnay truly reflects the winemakers' mantra of going where the fruit grows best and where it best suits style. In the previous release of Bin 311, fruit sourcing moved to multi-regional cool-climate regions. In true Bin 311 style, not unlike Yattarna, it exhibits lemon/lime aromas and a mineral acid backbone, complemented by barrel fermentation and maturation in mostly seasoned oak. Minimal filtration is employed, preserving elegant fruit flavours.
Robert Parker (92)
James Suckling (93)
Wine Spectator (91)
Wine Enthusiast (92)
=================================
Penfold Bin 2 Shiraz Mataro is a blend of 86% Shiraz, 14% Mataro; this wine is also known as an 'Australian Burgundy' style wine due to its mellow style. After opening the bottle, it has some jelly, coconut, cream and smoky flavors, followed by pepper, cherry, licorice and other aromas. The entrance wine is round and silky, with a sense of layering, and the tannins are not strong but clear. The delicate and long tail rhyme has a vaguely soft and firm flavor.
Robert Parker (90)
James Suckling (93)
Wine Spectator (90)
=================================

has been crafted in the traditional Penfolds style. Ripe, balanced fruit flavours are supported by softly integrated oak resulting in an impressive, smooth red wine. It was introduced in response to a heightened interest in shiraz and cabernet blends - a classic Australian wine style that caught the attention of the international wine media. Although Bin numbers were originally named after the original Bin location after bottling, Bin 8 was given its number because it uses older oak previously used for Bin 128, Bin 28 and Bin 389 - with ‘8’ obviously providing the common thread.